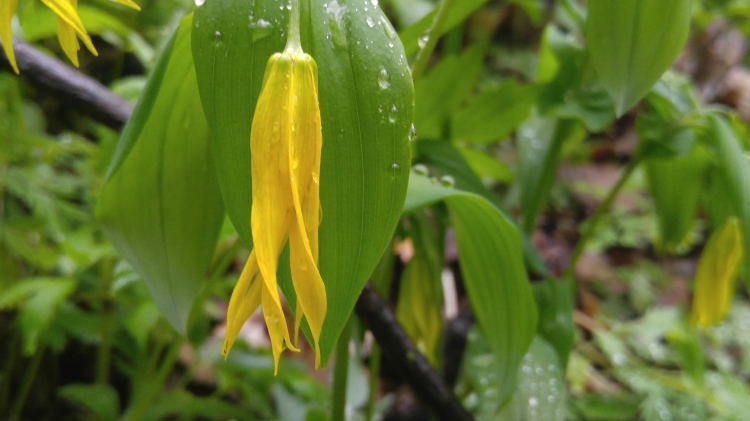 Uvularia grandiflora in western Iowa’s Loess Hills, late May. Bellwort has rarely been documented in this region, the extreme western reach of its range. Photo by Robert Smith.

One most likely finds this magic

in climes much wetter more mossy and rarely

at times delights a wildling a feral-poet or fae

who ponders these deeply vagrant ravines

who ventures a gaze too steep are these hollows

so seemingly elsewhere but here.